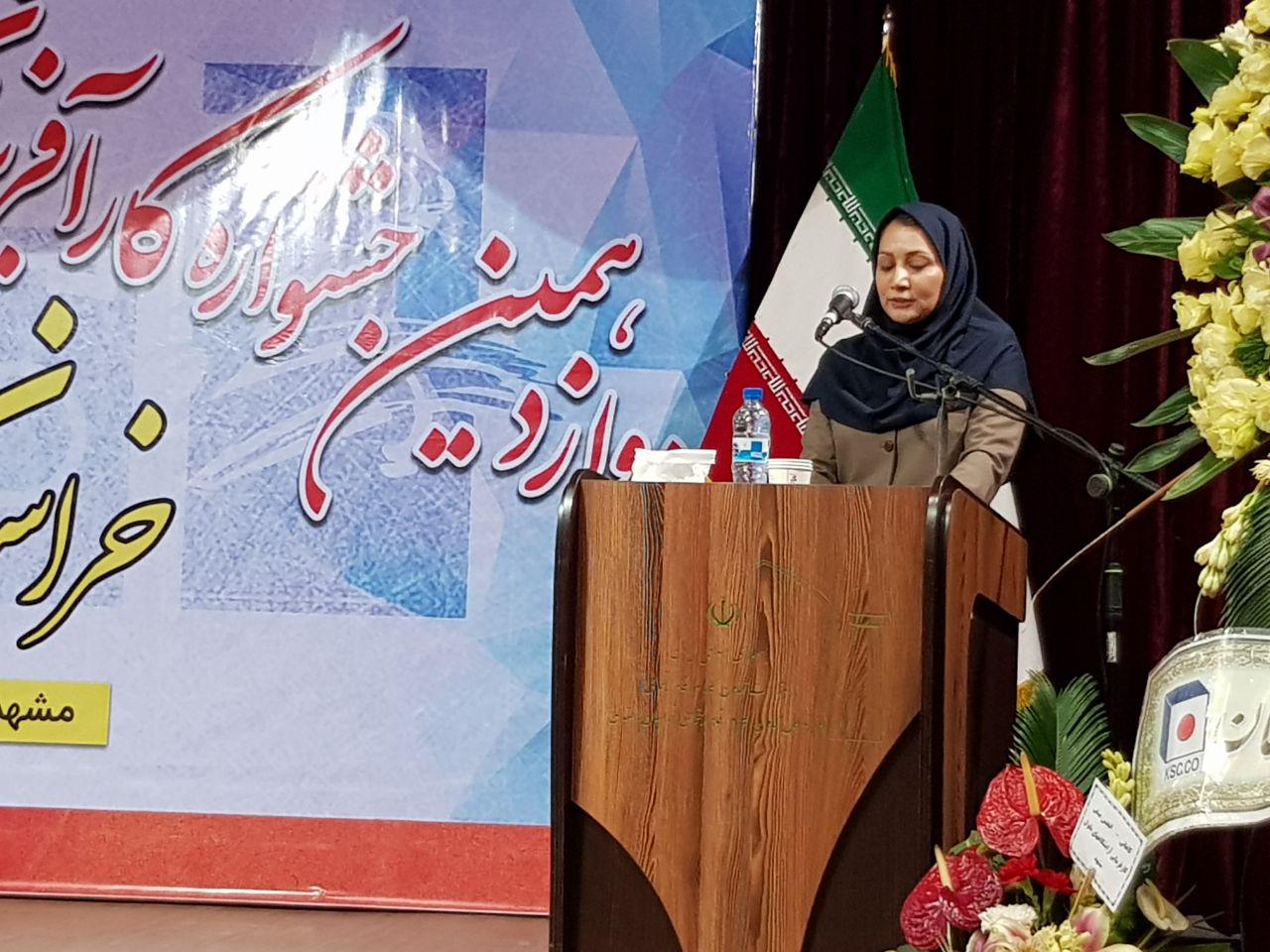 Yasna Pars Co. selected as the top entrepreneur of the Khorasan razavi province

In this ceremony, Ms. Maryam Emamdadi, CEO and Chairman of the Board of Directors of Yasna Pars Company, was honored as the top entrepreneur of Khorasan Razavi province and one of the 9 selected top entrepreneurs introduced to the national level.

In this ceremony, Mr. Mirzabi, the acting governor of Khorasan Razavi, stated in his speech that no excuse for not cooperating with entrepreneurs by various agencies is acceptable. They also added: the executive bodies are obliged to provide the path and platform of work and activity for entrepreneurs and no one has the right to create problems or create obstacles. He stated: "We are obliged to lay the rails, create a suitable platform for activities and remove obstacles from their path, and so far the government has done this to the best of its ability and created good facilities, credits and powers for this purpose and with the aim of creating It has provided employment to the provinces.

Ms. Emamdadi, CEO of Yasna Pars Company, as the representative of the province's entrepreneurs, gave a speech and explained the problems and obstacles of doing business in the field of information technology. He first said that Khorasan Razavi province is the second largest IT industry in the country and there is a lot of potential in the province in this area and the IT sector can have a high share in creating employment in the province with minimal investment. Ms. Emamdadi continued her speech by stating that one of the most important problems of companies active in the field of information technology is the problem of providing specialized and skilled manpower and suggested that the higher education department aligns the teachings of students in this field with the real needs of more companies. Try. They also pointed out that one of the problems of IT companies in the financing sector is the lack of knowledge of banks about the business method in this area, to the extent that in the process of obtaining facilities, the number of machines and equipment of the company is calculated in estimating the amount of facilities. Do not give added value to knowledge and technology.

At the end of his speech, he announced that Yasna Pars Company has succeeded in providing management solutions tailored to the needs of customers by creating management consulting teams, cooperating with professors of prestigious universities, designing and producing management software, and along with numerous scientific honors. Acquired by the company, the most important honor of Yasna Pars was customer satisfaction.